According to Mr. Quaschnick, “We knew from the beginning this deal would be highly sought after due to its impressive physical occupancy, below market rental rates, and expansion room. So we leveraged our internal database of active self-storage investors, as well as the Marcus & Millichap national platform, to generate a competitive bidding environment. Consequently, we procured nine offers in the first week of marketing, and we entered into a binding escrow agreement shortly thereafter. Despite the fact that the Federal Reserve raised interest rates two times while we were under contract, the buyer, an extremely seasoned investor based in Texas, remained confident that the Karr-Cunningham Storage Team’s initial financial projections were achievable, and ended up closing the deal at 99.2% of the list price.” 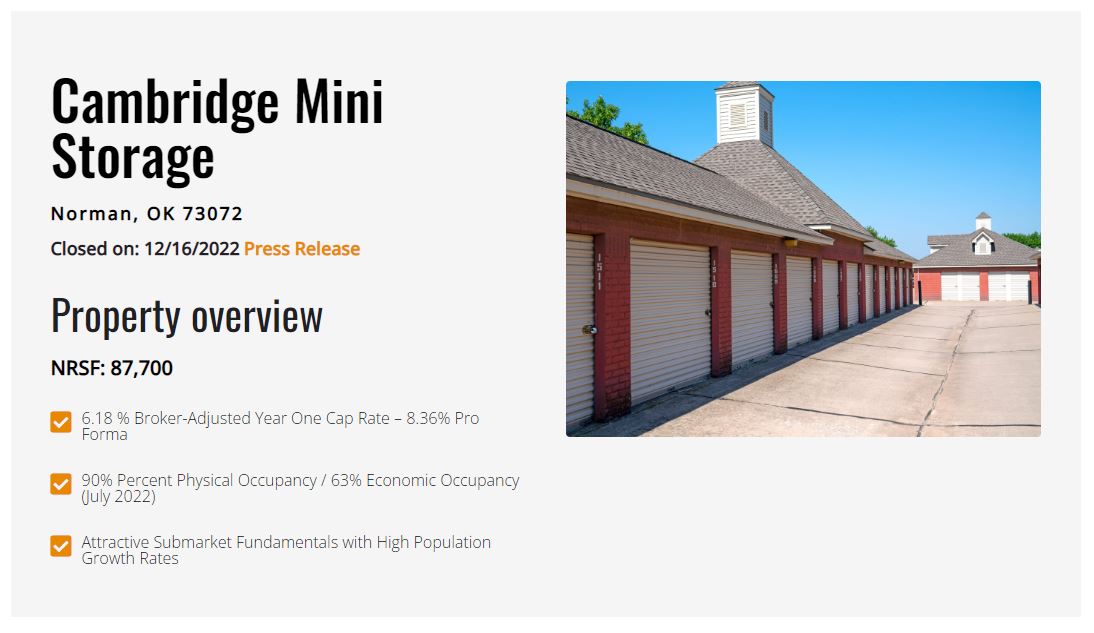