At its June 15 meeting, the Federal Open Market Committee (FOMC) raised the federal funds rate 75 basis points to a target range of 1.50 percent to 1.75 percent. This was the largest single increase since November 1994 and brings the total year-to-date advancement to 150 basis points. Additional rate hikes are anticipated through the rest of the year, likely lifting the year-end target range into the 3.50 percent zone for the first time since before the Global Financial Crisis. These actions are applying substantial upward pressure to short-term interest rates. To lift longer-term rates, the Fed has also initiated quantitative tightening. The central bank is reducing its balance sheet at a measured pace of $47.5 billion per month from June to August, before accelerating to $95 billion beginning in September. The plan could adjust if economic risks shift.

Causes of inflation outside of central bank’s control.

Previous guidance from Chairman Jerome Powell had prompted the market to anticipate a 50-basis-point increase in June. The FOMC’s decision to accelerate that pace was driven by decades-high inflation in May when headline CPI grew 8.6 percent year-over-year, due largely to factors outside of the Fed’s control. Global supply chains remain beleaguered by COVID-19 lockdowns in China and the war in Ukraine. This is leading to a shortage of goods globally and at home, lifting prices. The conflict in Eastern Europe is also disrupting food and energy markets. Nearly half of last month’s multidecade-high jump in inflation was driven by greater food and energy costs. Removing those two categories, core CPI advanced 6.0 percent year-over-year in May, a slight deceleration from recent months. Nevertheless, several domestic factors continue to apply upward pressure to a range of prices.

The nation’s growing housing shortage was exacerbated by the health crisis. Pandemic-influenced lifestyle changes and low interest rates pushed the demand for single-family homes well ahead of supply, resulting in sales prices climbing more than 36 percent since 2019. The Fed’s actions are now aimed at curbing that demand by substantially raising borrowing costs. The average 30-year fixed rate mortgage surpassed 5.7 percent in mid-June, its highest level since 2008. New home costs are also continuing to advance, due to shortages of raw materials from abroad and labor at home. The workforce shortfall is not unique to the construction sector either. Across most industries, job openings well exceed the number of people looking for work, applying upward pressure to wages, another source of inflation.

Given the multiple forces driving inflation, the Fed has embarked on this path to curb consumer demand until supply can catch up. Chairman Powell has identified achieving price stability as the first goal, even at the cost of full employment. The Fed believes the labor market is so tight that some hiring demand can be siphoned off. Even if unemployment climbs modestly to around 4 percent, the measure is still tight by historical standards. Positive momentum in other aspects of the economy, including strong levels of household and business spending, could also help support the jobs market while interest rates climb. Nevertheless, the Fed has acknowledged that bringing inflation back near the 2 percent target could require slowing the economy more than they initially hoped, with the Federal Reserve’s GDP growth expectations for the year now falling under 2 percent. 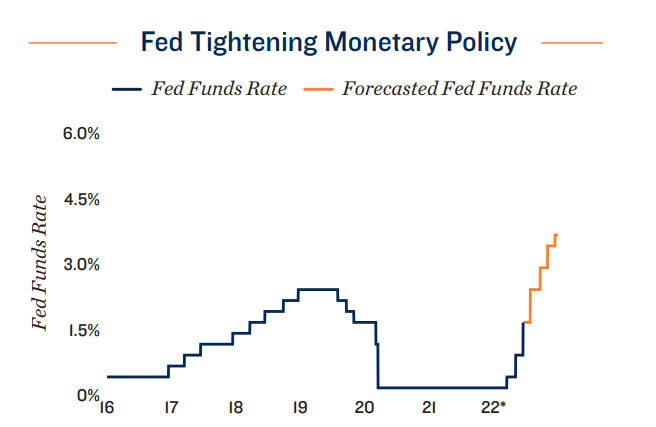 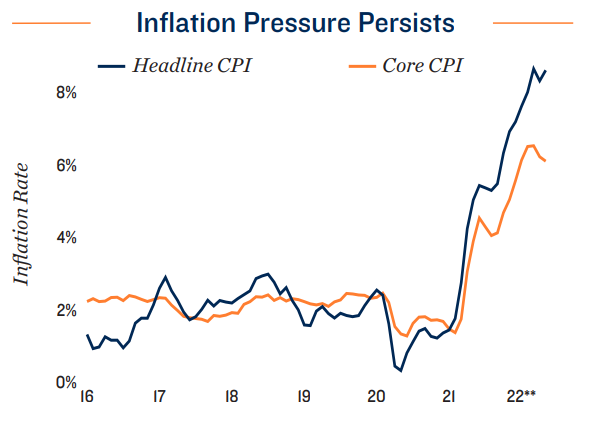 The higher-than-anticipated 75 basis point June bump in the federal funds rate, and guidance of a similar move in July, have financiers re-evaluating their offerings. Lenders that benchmark to credit markets, including CMBS and life insurance companies, may begin to push their spreads and their quoted rates higher. Banks and other balance sheet lenders may hold the line a bit longer, especially for borrowers they have a strong relationship with. Forward-looking momentum is nevertheless moving toward higher lending rates. This will create both short- and long-term headwinds for investors. 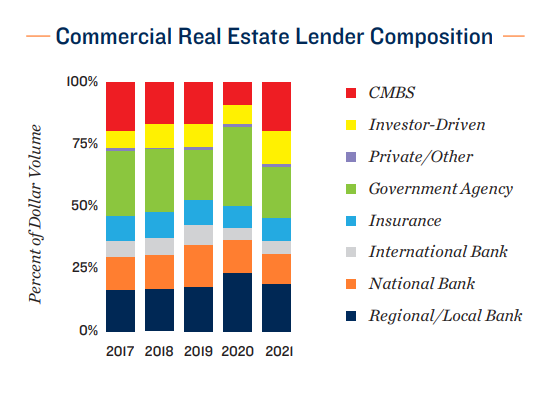 Over the short term, some borrowers may face adjustments to quoted rates on transactions they have in process. In some instances buyers will absorb the rate increase, and in others they may reduce their leverage. The Fed move could also spawn a round of re-trades with sellers, as buyers attempt to renegotiate pricing based on the rapid rise in the cost of capital. Depending on the pool of investors pursuing each asset, this could begin to weigh on market pricing for commercial properties. Over the longer term, lenders may begin to widen their spreads to mitigate interest rate risk, particularly through the summer. Historically, many lenders have widened spreads a bit in the summer months before tightening them again in the fall. Given the increased uncertainty created by the Fed’s accelerated rate hike plan, however, more lenders may bake-in higher interest rates. 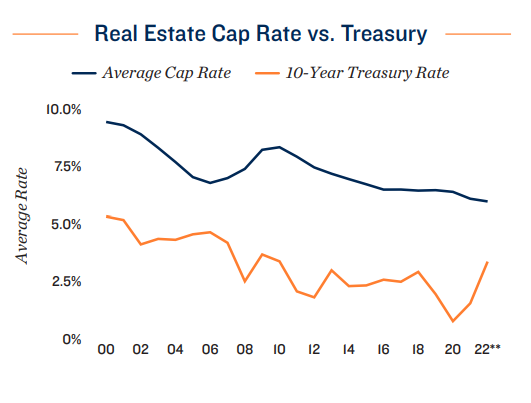 Higher lending rates have the potential to restrain some buyers, reducing the competition for assets and potentially softening the market for select properties in some markets. The impact of rising rates will depend on a variety of factors. The type of lender the buyer is using, and the buyer’s relationship with that lender, will have a notable influence on terms. The forward-looking supply and demand metrics for each property is also critical, as is whether there is a value-add component. Properties with inflation resistance integrated into the future cash stream, as well as that asset’s prospects for rent growth, will play large roles as well. The range of variance across the commercial real estate spectrum could be substantial as each investor sharpens their pencil and recalibrates their underwriting. A tremendous volume of capital continues to pursue commercial real estate investments, so even though interest rates went up more than many expected and the expectation gap between buyers and sellers may widen, a broad-based pricing correction remains improbable. 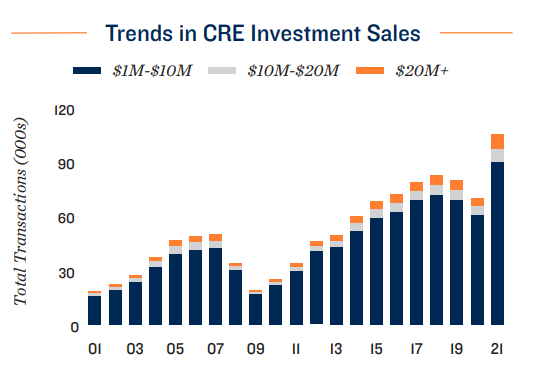